Girl Scouts—Diamonds of Arkansas, Oklahoma, and Texas will be honoring two women from Northwest Arkansas along with eight other women from around the state at its Reflections: 100 Years of Honoring Women dinner to be held on Saturday, April 14 at the Embassy Suites in Little Rock.

The Women of Impact honorees are an exceptional cross-section of women who have made significant contributions to their local communities and beyond. Sandy Edwards and Bette Mathews are the two honorees from Northwest Arkansas. 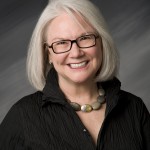 Sandy Edwards currently serves as Deputy Director of Museum Relations for Crystal Bridges Museum of American Art in Bentonville. Prior to this appointment, Sandy served as Associate Vice Chancellor for Development at the University of Arkansas for nine years. She and her late husband, Clay, served as the management team for University Development directing the Campaign for the 21st Century.  In 2007, Sandy was made an honorary alumna of the University by the Arkansas Alumni Association. 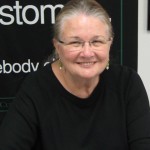 Bette Mathews has a lifelong association with the Girl Scouts and is someone who has truly worked her way through the ranks!  Starting out as a Brownie in third grade, she later became a day camp counselor in high school, a troop leader when her children entered scouts, and eventually served on the Noark Council board in various positions, including President.

The Reflections event at Embassy Suites will feature Girl Scout exhibits, videos from the 100th Anniversary Oral History Project created by Girl Scouts and Alumnae in the council, music and a cash bar. The Women of Impact Honorees and keynote speaker Dr. Robyn Silverman will feature as the evening’s highlights.

Reservations should be made by either calling 1.800.632.6894 or by going online at http://GirlScoutReflections.EventBrite.com.

Girl Scouts—Diamonds of Arkansas, Oklahoma and Texas serves close to 18,000 members and encompasses all counties in Arkansas except Crittenden, includes Adair, LeFlore and Sequoyah counties in Oklahoma as well as Bowie and Cass counties in Texas. Girl Scouts builds girls of courage, confidence and character, who make the world a better place.

7 days ago by 3W
JENNIFER NECESSARY Executive Director, ALS Association - Arkansas Chapter 1. Best part of your job: Serving with my whole heart and positively impacting people’s lives in a big way. This disease is bigger than anything imaginable and these people need us figh...

3 weeks ago by 3W
In partnership with the LPGA Tour, local event organizers announce today that the Walmart NW Arkansas Championship presented by P&G, scheduled for Aug. 24-30, will be contested without spectators in 2020. All three rounds of official tournament play will ...

3 weeks ago by 3W
COLIN SHIVE General Manager, Ruth's Chris Steak House in Rogers 1. How are you pivoting during the pandemic? I just moved to Rogers from St. Louis so it’s been a unique situation because it was right as NWA was shutting down. We’ve definitely had to pivot som...

3 weeks ago by 3W
CHERYL YARBROUGH SVP Sales and Marketing, Shiloh Technologies 1. How are you pivoting during the pandemic? At Shiloh we are pretty much running all operations remotely. As a technical company, it was not too difficult from an operational standpoint to pivot t...

1 month ago by 3W
Our friend Serena Smith at State Farm let us know about a grant program you can apply for to make a positive impact on the Northwest Arkansas community. As a company, State Farm continues the effort to inspire and empower people to get involved in their commun...