Things to Do in Munich 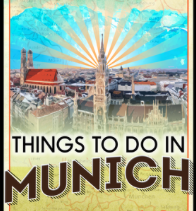 Following the journey of Sheldon Hoffman, a reclusive Jewish accountant in his 40s, as he attempts to fulfill his mother’s last wishes by transporting her ashes back to Munich to be reunited with his father where he died in the holocaust. Upon his arrival in Germany (c.1974), Sheldon is confronted by a web of German […]