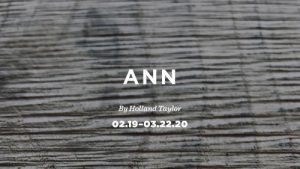 ***RESCHEDULED TO AUG. 19 TO SEPT. 27*** - “Ann” is the inspiring and hilarious story of a captivating woman who was even bigger than the state from which she hailed: Ann Richards, former governor of Texas. This acclaimed, one-woman tour-de-force brings the charismatic and storied former governor of Texas into TheatreSquared’s most intimate new space. For […]

***MARCH 13-15 PERFORMANCES CANCELED*** - This dazzling show transports us from the twilight of the Russian Empire to the euphoria of Paris in the 1920s, as a brave young woman sets out to discover the mystery of her past. Pursued by a ruthless Soviet officer determined to silence her, she enlists the aid of a […]