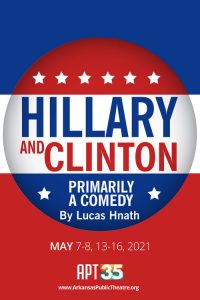 In an alternate universe light-years away from our own is a planet called Earth. It looks a lot like our Earth, except it’s slightly different. And living on this other Earth is a woman named Hillary. Hillary is trying to become the president of a country called the United States of America. It’s 2008 and […]